You can go to a thousand different places online to find out about typical French Christmas traditions. I don’t have much to add in that vein that would be very different. Instead, I’ll point out how we knew it was Christmas in France. You won’t hear much Christmas music around, piped into stores and whatnot. The French don’t have a tradition of popular Christmas music like we Anglo-Saxons do. Occasionally an English Christmas song would slip through, and it was always a surprise. So, we couldn’t rely on music like you can here in the States.

Christmastime in France starts in December, which is refreshing since American society seems ready to rush headlong into it right after Labor Day.   Every town has its own decorations strung across the main streets and in the plazas. People don’t tend to put visible decorations on their apartments or houses, so they rely on the municipal decorations for a festive feeling. 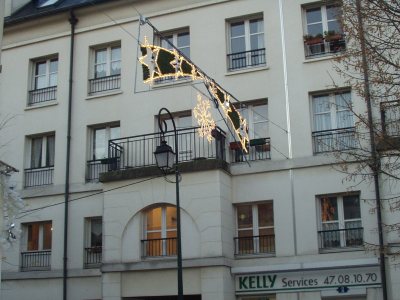 Right around the corner from our apartment

The Champs-Elysées gets lit up! It was always worth a trip into the city just to see. 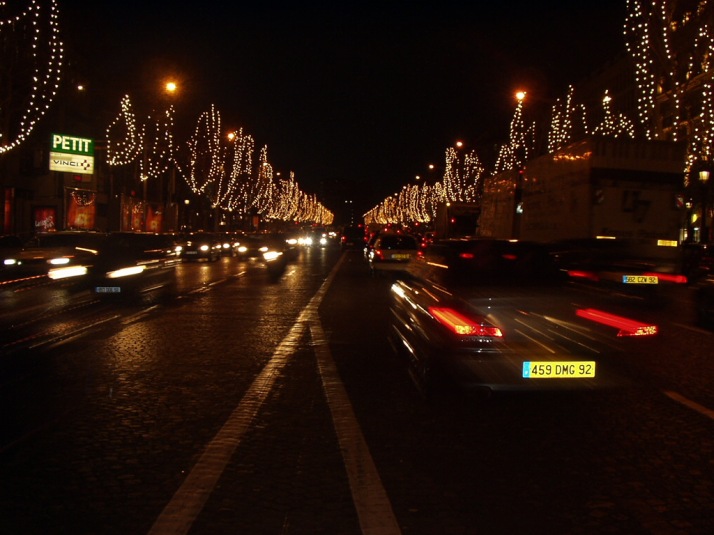 And they are plenty bright!

City halls ice over empty places for seasonal ice rinks. This is a photo of the big one in Paris. Rueil also put up a skating rink, but I don’t seem to have a picture of it. 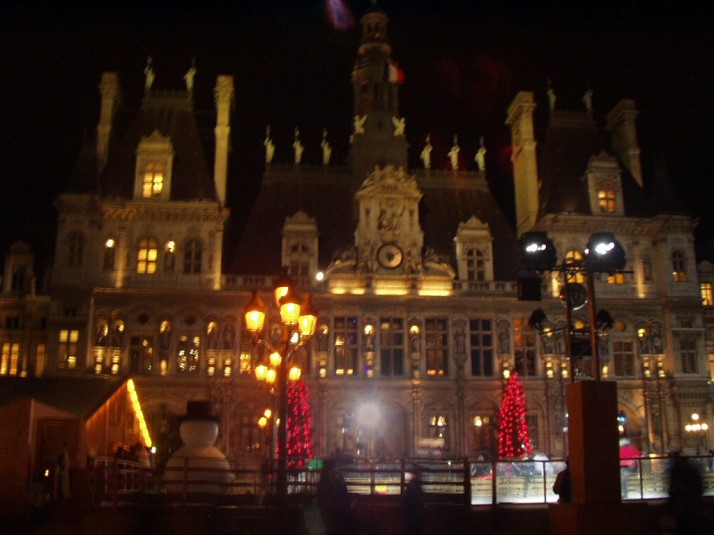 Another thing that we looked forward to were the beautiful displays in the stores of the Lindor special edition Christmas boxes. I wasn’t brave enough back then to take photos in a grocery store, but Lindt has some pictures of their lovely chocolate boxes that I’m going to borrow here. Imagine them in a big, artfully designed display as only the French can do. 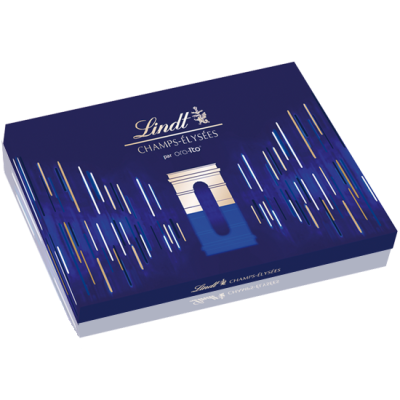 Little Christmas tree lots would pop up on wide spots in the sidewalk. Most Americans would be shocked at the trees there. No full, fluffy Douglas firs and nothing taller than 4 ft. They were mostly pines with a cross of wood nailed to the bottom — instant tree stand!

But the thing we loved most about Christmas in France were the markets. Christmas markets sprang up all over and those were so fun to visit. Unfortunately, I have no pictures of those because they always took place at night. Imagine rows of little chalet-shaped booths, filled with wooden toys, puppets, Christmas cookies and sweets, and all kinds of other wonderful gifts to buy. And there was always one booth selling cups of vin chaud — mulled wine — or hot cider. It was all the fun of the regular weekly market with the added spirit of Christmas in the air. It felt good to be part of the community. That’s probably what we miss most of Christmas in France.

A Christmas tree right outside our window!

Merry Christmas, everyone! I hope you all have a wonderful weekend celebrating with family and friends!